From Earth to heaven ...
12 – Total height 12 mt Twelve like the twelve tribes of Israel, the twelve apostles of Jesus, and the twelve disciples of Muhammad.

Three like the size of the visible world. In the positive value Three can symbolize a group of people who come together to achieve a common purpose through social or professional associations; it represents communication of all kinds (art, cinema, music …); it is associated with faith and knowledge.

Three like the Holy Trinity. The Christian revelation of the Triune God offers parameters about the mystery of God. Both in itself and in its relationship with mankind and creation, as as well as human-to-human relationships. It is a stylized form of interreligious dialogue, which manifests a fundamental truth of the Christian God, capable of enriching the Jewish, Muslims and other religious monotheism.

The Four, in the Jewish religion, symbolize the biblical Tetragrammaton, that is, the four letters that make up the name of God and that are so sacred that they can’t be spoken by anyone. Four as the number of letters of the Arabic alphabet that form the name of Allah, which means God.

7 – 7° the inclination of the sides of the Neth

Seven are the arms of the Jewish candelabra Menorah. 7 Allah hath created seven heavens and seven lands and seven seas. And 7 are the circles that are walked ritually in the circumambulation of the Ka’ba during the pilgrimage to Makka.

7 is the Buddhist number of completeness.

7 are the gifts of the Holy Spirit in Christianity: wisdom, intellect, counsel, fortitude, science, piety, and fear of God.

Finally, the Seven is also the inclusive number of the Neth as it is formed by the triangle (3) on a square (4). 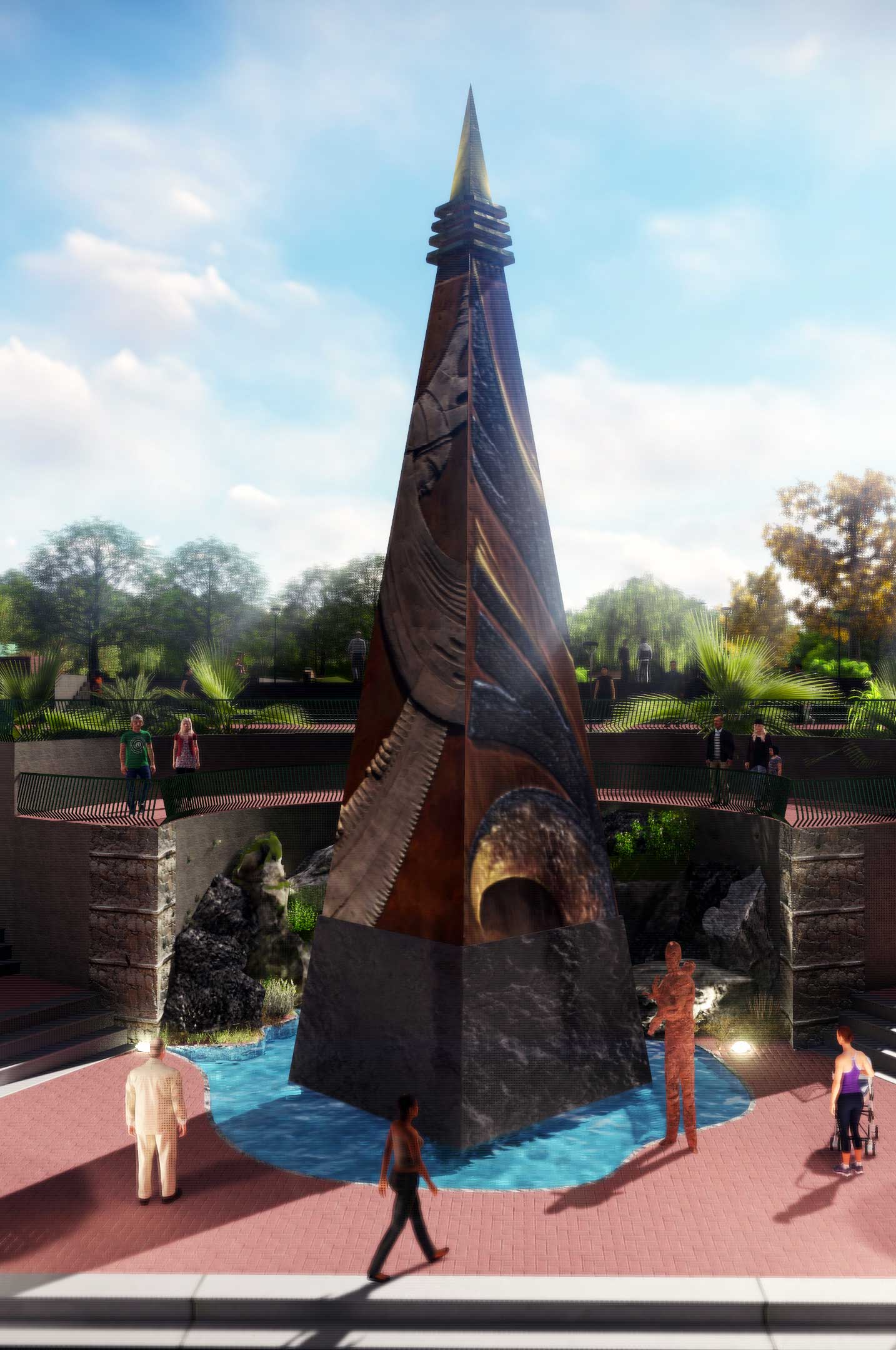